More Than A Master Craftsman 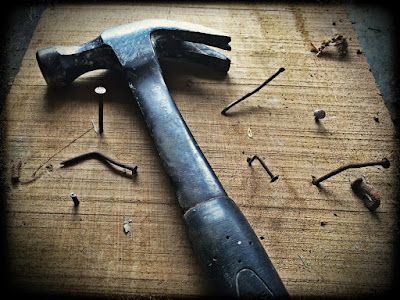 After a career in construction work, from building houses to renovating buildings, Tony Stephens went to the Granby Toxteth Development Trust to see if they could help him set up his own construction company. Having already built up a client base from his many years of construction work and through word of mouth, Tony was confident that he had the foundations in place to make a successful and viable business.
When asked why he decided to set up a business, Tony said: “I am a master craftsman and wanted to go back into construction but my doctor advised me from doing any labour, so I wanted to go and set up a business where I would be in charge and ensure that my customers were getting an excellent service”.
Tony first heard about Enterprise Hub when he saw an advertisement for a course in a window. He called in and decided to sign up.
He said: “I found the people at Granby Toxteth Development Trust very helpful. Darren the tutor was fantastic! 10/10 from me”.
Tony was placed in a good position to start his business due to his experience, which included a five-year course in brickwork and a four-year apprenticeship. He said he has faced some challenges along the way, mainly down to his health, having had two hip replacements, surgery on his lungs due to lung cancer and COPD which means he must take his time when walking and doing small tasks. Despite this, he says he now looks forward to getting up each morning and finds being his own boss ‘exciting’.
For other people thinking about starting their own business, Tony said he would give the advice to not go into a partnership, especially with a friend, as it can be very risky.
He added: “Your partner could have different opinions and different ideas on how the business will look like. If you do things yourself then you can do things the way that you want to do them, and your business can be the way you want it to be”.
Tony has a business card for any possible client and they can call him, email him and he is currently in the final stages of creating a website which should be up and running within the next few weeks.
Granby Toxteth Development Trust are a partner of Enterprise Hub and are based in Toxteth, Liverpool. Their main aim is to improve the social and economic standards of residents and businesses locally and in the surrounding areas.  You can contact them directly on their website here.